The Ark- A Torah Symbol or a National One? 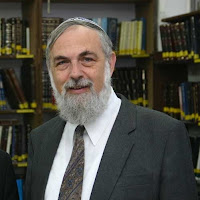 Dedicated to the memory of Adir ben Bracha

The aron (ark) in the Mishkan (Tabernacle) was the first article that Moshe was commanded to make. This is but one indication of its centrality in causing the Divine Presence to dwell in the Mishkan. The Mishkan’s entire status was in fact affected by the aron’s presence or absence. The tosefta (Zevachim 13:19) says that when the aron was missing from the Mishkan, the Mishkan’s halachic status was significantly lowered to that of a bama gedola (great altar). (This was the case from the time the aron fell into Philistine hands at the end of Eli’s life until the Beit Hamikdash was erected.)

The aron and the keruvim (cherubim), which rose out of the kaporet that covered the aron, symbolize the close relationship between the Jewish Nation and Hashem. The Rabbis explain the apparent contradiction on whether the keruvim faced each other or faced outward by saying that when Bnei Yisrael behaved appropriately, the images faced each other to demonstrate love between them and their Maker, and when not, not (Bava Batra 99a). The special mode of communication between Hashem and Moshe also took place from in between the keruvim (Bamidbar 7:89). We can thus say that the situation regarding the aron and keruvim were the litmus test of Bnei Yisrael’s spiritual status at a given time.

Not only were the location and configuration of a stationary aron significant, but its transport also had special significance in regard to the revelation of the Divine Presence. The pasuk that we recite whenever we open our arks to remove a sefer Torah is : "When the aron traveled, Moshe would say: ‘Arise, Hashem, and Your enemies will scatter, and those who hate You will flee from before You’" (Bamidbar 10:35). This opening of the aron represents an attempt to draw Jews closer to Hashem, through public Torah study with an eye toward proper implementation. Yet the pasuk’s simple meaning discusses a different element of Jewish life, which was dormant for 2,000 years- national life. It discusses going out to war, a phenomenon that applies only when there is an independent, Jewish, national entity. The nation asks Hashem to accompany them into battle and smite their enemies, which are, in effect, His enemies (as Tehillim 83: 3-4 alludes to).

The two approaches to whether the pasuk about the aron is related to Torah study or to Bnei Yisrael’s national needs find expression in other places. In the beginning of "Zot Haberacha" (with a similar language used in Devorah’s song) it describes Hashem’s coming to reveal Himself before Bnei Yisrael. Rashi (Devarim 33:2) connects the description to the revelation at Mt. Sinai as the Torah was given. However, Ibn Ezra says that it refers to Hashem "going out" to protect His nation, as we find in the aforementioned pasuk regarding the aron.

In summary, the aron symbolizes the dwelling of the Divine Presence from a spiritual, Torah perspective and from a national perspective. Let us pray for its renewal in both realms.
Posted by Jason Gold-Editor at 2/23/2020 07:32:00 AM