The Only Real Commitment of Yisrael Gantz: New Policy of Retreat and Expulsion in the Works 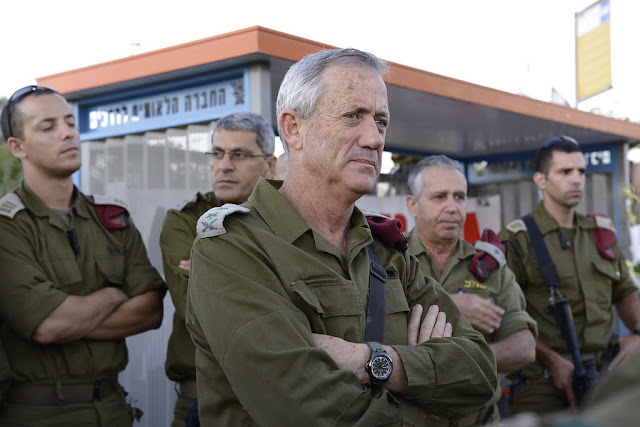 As the Israel political campaign enters its final weeks, the Israeli electorate has been witnessed to an unprecedented third election campaign in less than one year, during which BLUE AND WHITE leader Benny Gantz has avoided almost any public statement as to where he stands on the issues of the day for the Jewish State.

There is one exception: On February 5, 2019, Gantz expressed his support for the IDF retreat from Gaza and the expulsion of all its Jewish residents, a policy that was carried out in August, 2005.

Since then, Gantz has not spoken about this policy statement, nor has he withdrawn this policy.
Posted by Jason Gold-Editor at 2/23/2020 07:53:00 AM